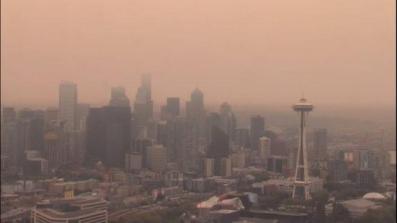 The already too-short Seattle summer is coming to a premature end due to dense wildfire smoke. While this makes me all kinds of sad, one positive aspect is that it’s put me back into the groove of reading. I haven’t read a ton these past few months, slowing down my pace of book consumption to make room for bicycling and kayaking and riding my new motorcycle and (let’s be honest) long alcohol-fueled afternoons on patios with friends. I love summer.

But now that we’re getting back to sweater weather, the idea of curling up on a couch with a full Kindle and a pot of tea is everything I need to draw me back into reading tons of good books. I’ve got ten library books loaded up on my Kindle right now, with another dozen waitlisted. I bought a couple physical books the other day, too — Ai Weiwei’s Humanity and Block Print (new craft obsession) and even this pretty 50 Ways to Draw Your Beautiful, Ordinary Life by the awesome people at Flow Magazine. I’m ready to read.

While we’re here though, I’ll share quick round-up of what I did manage to read this summer —

Stories by and about women: I read and loved The Power by Naomi Alderman. The writing was fine but the story was AMAZING. I was surprised (but then not) to realize she’d also written the book that Disobedience was based on. That movie just floored me — it was so lush and beautiful. I can’t wait until someone makes The Power into a movie and I can see it getting the same aesthetic treatment. It’s a pretty thoughtful look at what would happen if women suddenly weren’t physically weaker than men*. I also read Electric Woman by Tessa Fontaine, a memoir about a young woman who joins a sideshow and learns how to swallow fire and perform tricks, all while dealing with the after-effects of her mother’s stroke. It is uneven at times but the ending comes together so perfectly that it’s worth hanging in for. On the opposite end of the spectrum is From The Corner of the Oval by Beck Dorey-Stein. It’s a memoir by one of Obama’s stenographers, and focuses mostly on personal dramas and the insane privilege of traveling with the US President. It’s light and fun and a great vacation read. And just last night I finished Other People’s Houses by Abbi Waxman. It was so fun! Brain candy for me — an extremely well-written story of the impact of an affair by one of the mom’s living in a close-knit neighborhood on other couples, children, and the group vibe overall. Easy and fast and delightful.

A couple memoirs by men: Calypso is David Sedaris’ tenth book and while they’re all pretty good, I think this is the best to date. Its essays are as funny and sharp as always but this time he delves into more serious topics: his sister’s suicide, and her long struggle with mental illness, as well as Sedaris’ own mortality and his mother’s alcoholism. I listened to it on audio, which is always a good idea with a Sedaris book (although afterwards I regret not having been able to highlight my favorite exchanges). I also read I Wrote This Book Because I Love You, the second collection of essays by Tim Kreider. I loved his first book (We Learn Nothing) and this is entertaining enough, but not quite as good.

I also read a great book called Factfulness, but I’m going to write about that in more detail soon.

Now off to do some more reading!

One thought on “Summer (non)Reading”